I’ve never been wowed by fortunetellers. Not even religious ones.

Still, there’s something about a person pointing their finger in your face and declaring they see a bright future ahead. Makes you listen up.

She had a powerful story. She told it with the relish of a black preacher, leaving spaces for uh-huhs and well! — her voice was strong and clear. She had been a frat party whore. She told how she’d leave parties early in the morning, her clothes disheveled, her hair wild, and her heart a mangled mess.

Then she met Jesus.

Looking at her, immaculate, her ebony skin bright and her face radiant, it was hard to picture her the way she described her unsaved self. She was a gift, a reminder that the power of the gospel is still the power of God unto salvation to every one that believeth no matter where they are.

When she turned her eyes on me later that afternoon, she paused. With her fearless manner, she stared at me and pointed that prophetic finger.

“I see God using you in a powerful way one day.”

I sucked my breath in, teetering between my natural skepticism and my hunger for her words to be true.

“Well…I hope so. I’d love for Him to use me as a wife and mother someday.”

I smiled, trying not to be overly flattered, thinking, What could be better than to be a wife and mother?

I don’t know if I ever saw her again, but her words stuck somewhere deep. I know that God has a great plan for all His people including me, but seeing her emphatic confidence that God would bless me indeed seeded inside me a secret hope.

I was born in 1981. Raised by, I think, the world’s most loving parents, I had a wonderful childhood. Although I became a believer in Jesus Christ as a four-year-old, I decided as I grew to not be “too religious.” Just so I got to heaven, I was good with being cool in this world first.

Sadly, my youthful dreams of coolness never materialized. It wasn’t till I was a very depressed freshman in high school that I began listening in church, and one night I heard the truth that following Jesus won’t make you miserable; in fact, it’s the only way to see your dreams come true.

He answered. Little by little, He chipped away at the depression and the dirt that was dragging me down. Actually, He’s still chipping away. Twenty years later. 🙂

I graduated high school and then college. With my prophetess’s words ringing in my ear, I married the love of my life.

We found out we were expecting a honeymoon baby. Then that the baby had died.

I grieved as I watched the tots at church hopping off the stage after church. Will I never have children? Just the sight of a newborn would send me into inconsolable tears. I remember hiding out in a lady’s bathroom at a baby shower, sobbing.

My husband told me it was time to stop crying. At first I was offended, but then I remembered that God speaks to kids through parents and to wives through husbands. I dried it up. Nine months later, I was nestling the most beautiful baby boy into his crib.

Fast forward twelve years later. At this moment, my five-month-old has just fallen to sleep (thank You, Jesus:). Every other year after our firstborn was born, God gave us another gorgeous baby. Except for 2013, when He gave us two at once. That’s eight kids, in case you’re wondering. Plus two in heaven.

God has blessed me beyond anything I could have imagined as I told that girl my deepest desire — to be a wife and mother.

And yet her words still haven’t faded. “That, but more than that.”

I still wonder, What could be greater than being a wife and mother? I’m still not sure there is anything greater. That’s just me, though. Sorry if you disagree.

There is, however, one little niggling dream that I’ve had since childhood. Try as I might, I can’t get rid of it.

I want to write. I think I need to write.

Which brings us to why you’re here. 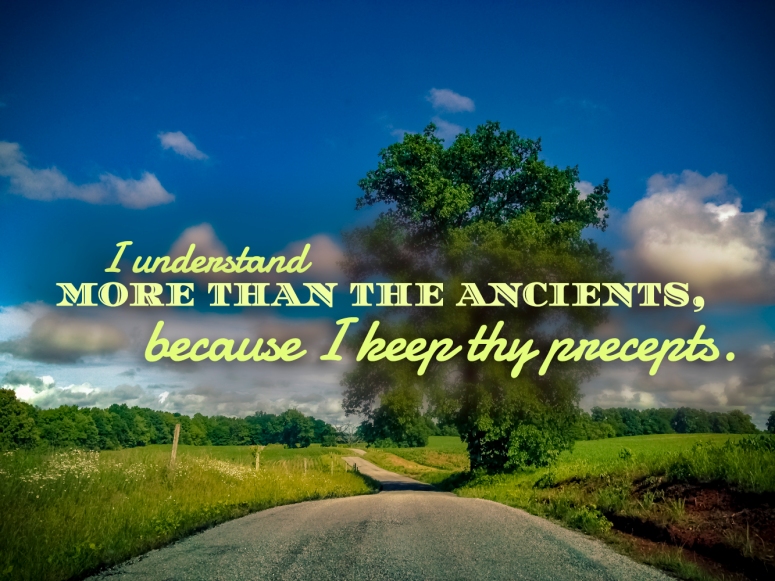 This blog is for you. It is the result of my hunger to write, but every post is written for you. I want to bring you along with me on this adventure, discovering things the ancients didn’t even understand as we meditate in God’s precepts.

He that spared not his own Son, but delivered him up for us all, how shall he not with him also freely give us all things?

God is so powerful, He not only sacrificed Himself to give you everlasting life, He also rose again to prove He had really gotten the job done. All you have to do is take a deep breath, thank Him, and walk in the joy of knowing He has done it all.

If you are a young lady who dares to dream that she might have a fairy tale story awaiting her, then stop.

God’s plan for you is so much more awesome than any dull fairy tale.

Thanks for reading ~ God bless!

3 thoughts on “My Story”

This site uses Akismet to reduce spam. Learn how your comment data is processed.

Here’s what else is new:

There was an error retrieving images from Instagram. An attempt will be remade in a few minutes.